Flag of the Free Russia 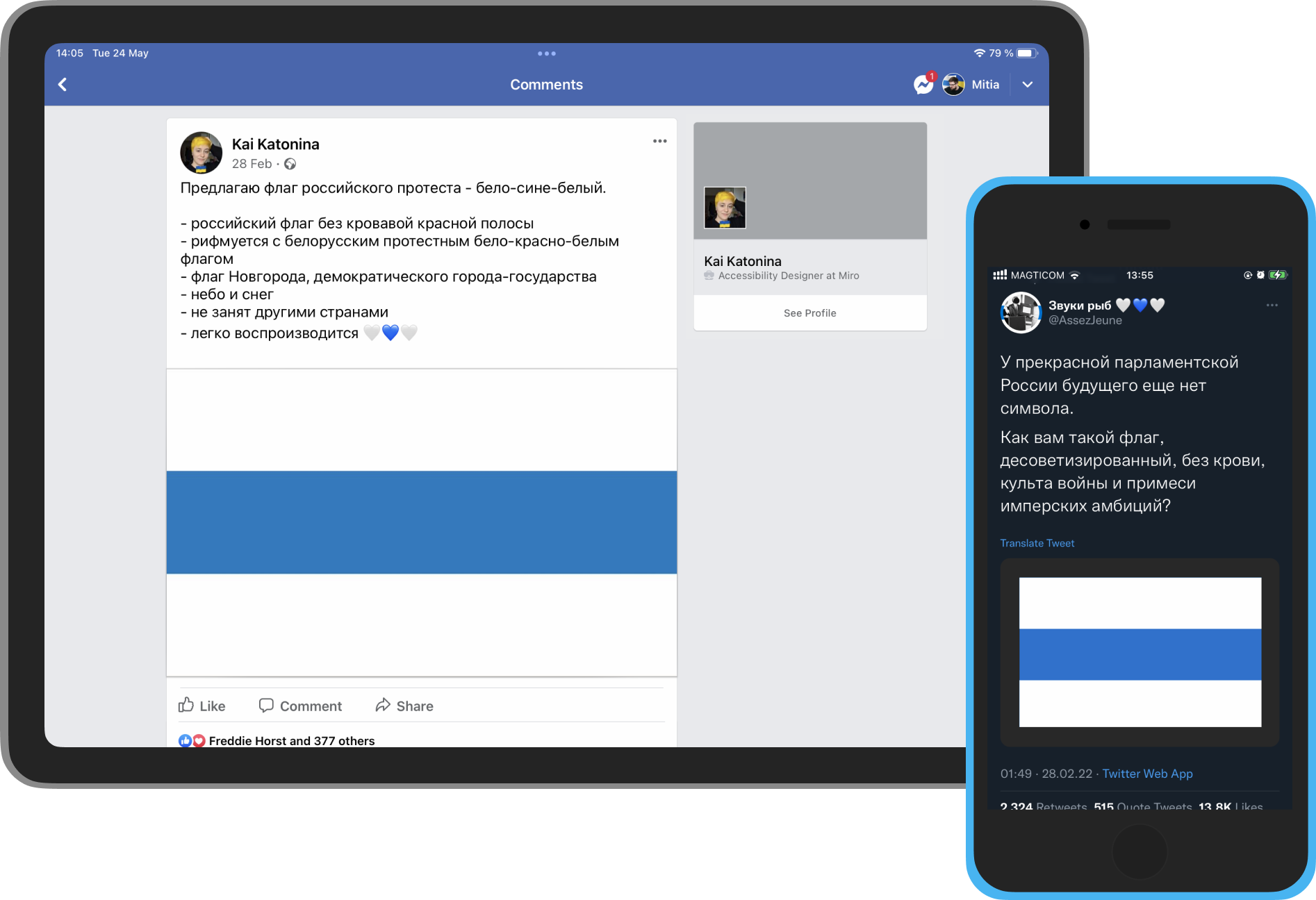 On the 28t of February @Assezjeune in Twitter and Kai Katonina in Facebook simultaneously published a suggestion to use white-blue-white flag as a symbol of protest and a wonderful Russia of the future.

This idea was important to consolidate people of Russian citizenship opposing the war around the world, who felt betrayed by the government.
How it started
I wanted to help make this idea and movement become popular, so I created the website, several illustrations and social network pages for the flag.

The first version of the website was created in a day on Tilda website constructor in Russian and English. After that I created pages for the flag in social networks and started posting content regarding the white-blue-white flag there.
First version 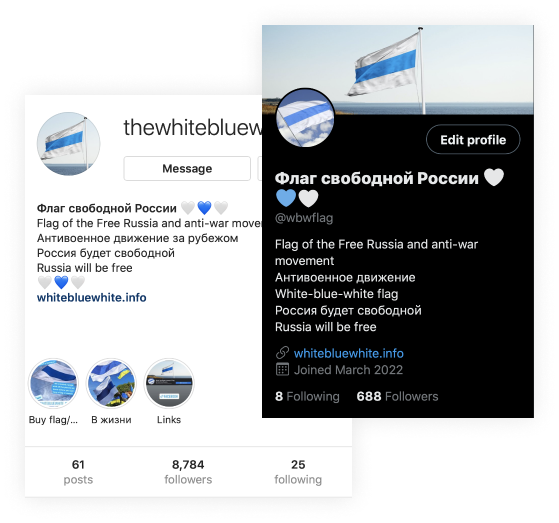 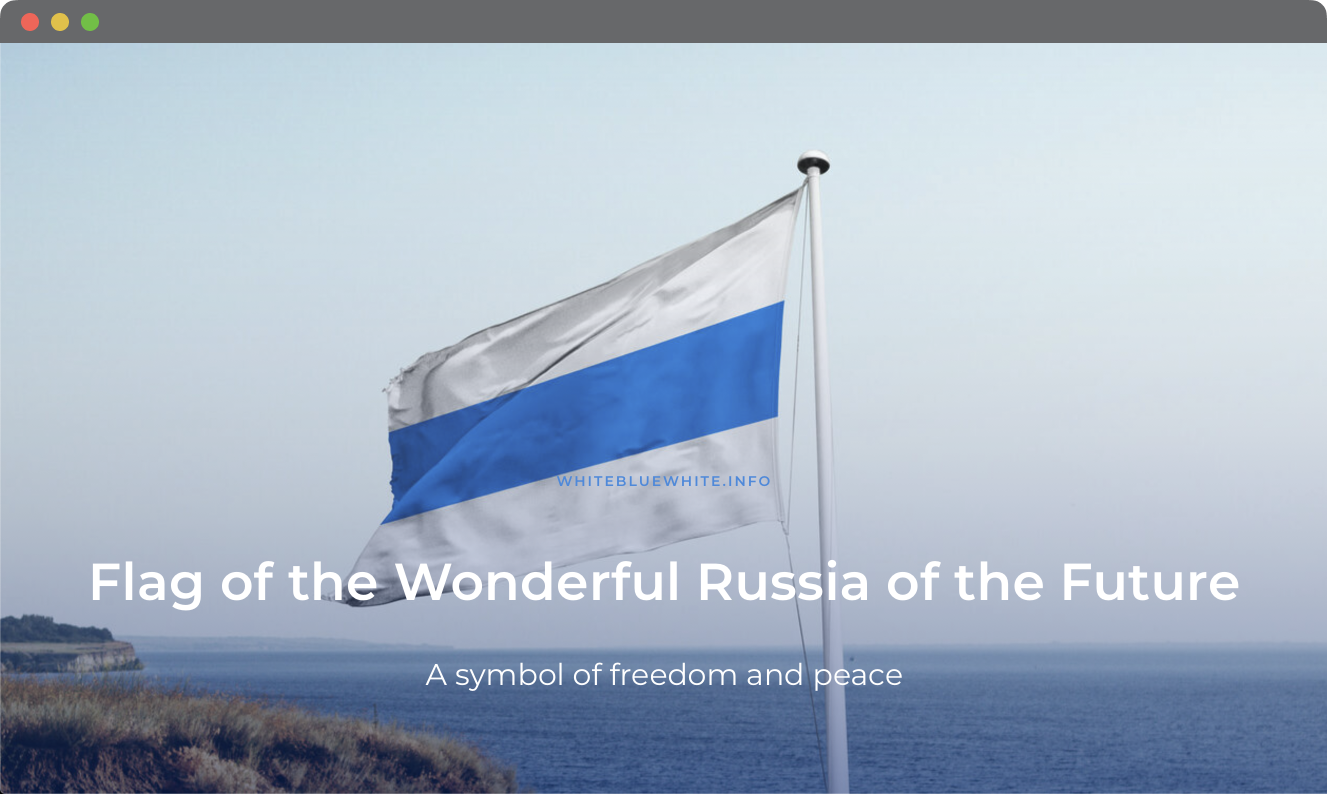 For security reasons we transferred the web-page to Squarespace. At the same time activists from Toronto and Cyprus suggested help with a translation of the page into Ukrainian, Spanish, French and other languages; as well as help with creating content for social networks.

That is the version you can visit now.
Second version 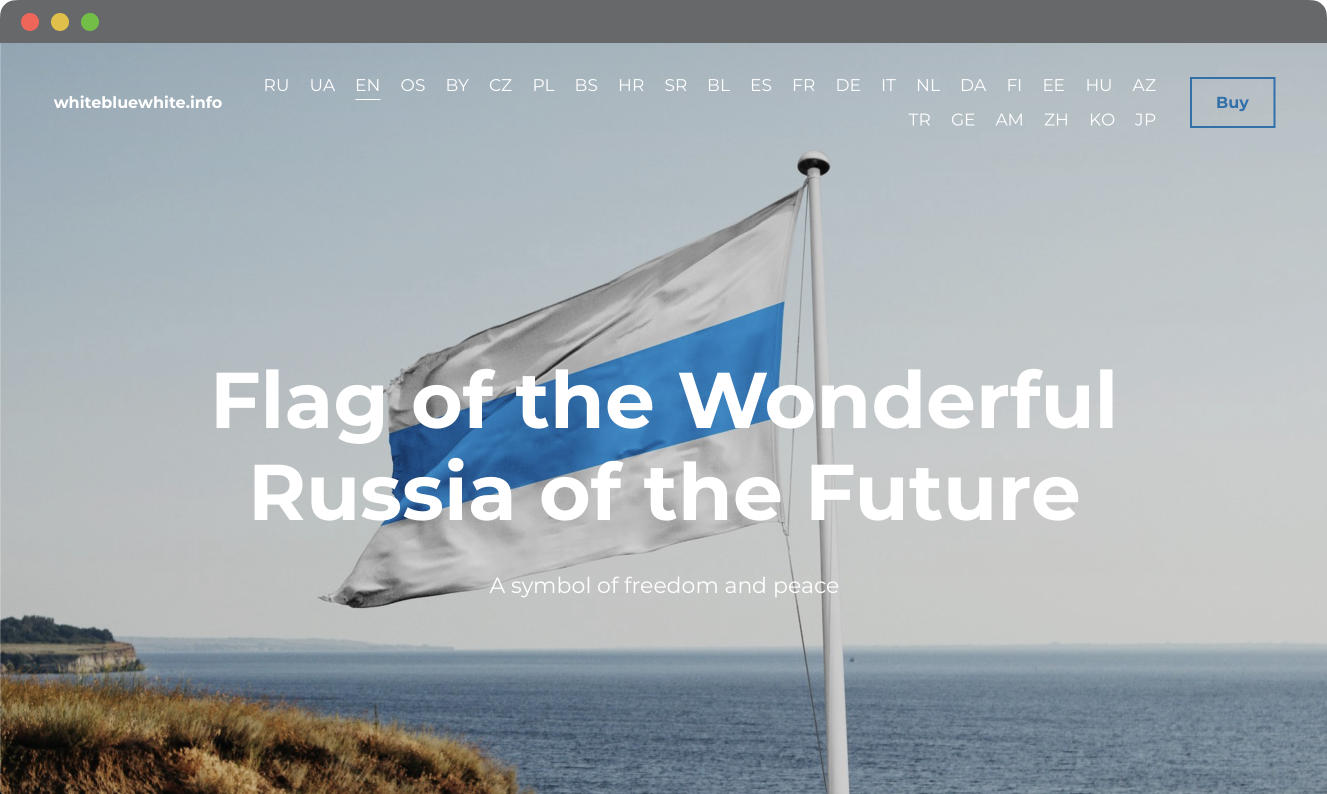 The flag inspired activists and the manifestations were held almost in every country of the world since its first appearance. With our coordinated efforts the flag was gradually adopted as a universal symbol among Russian anti-war organizations and movements. Articles and videos were published in various media around the globe, including The Guardian, ABC News, Deutsche Welle, Meduza etc.
Impact 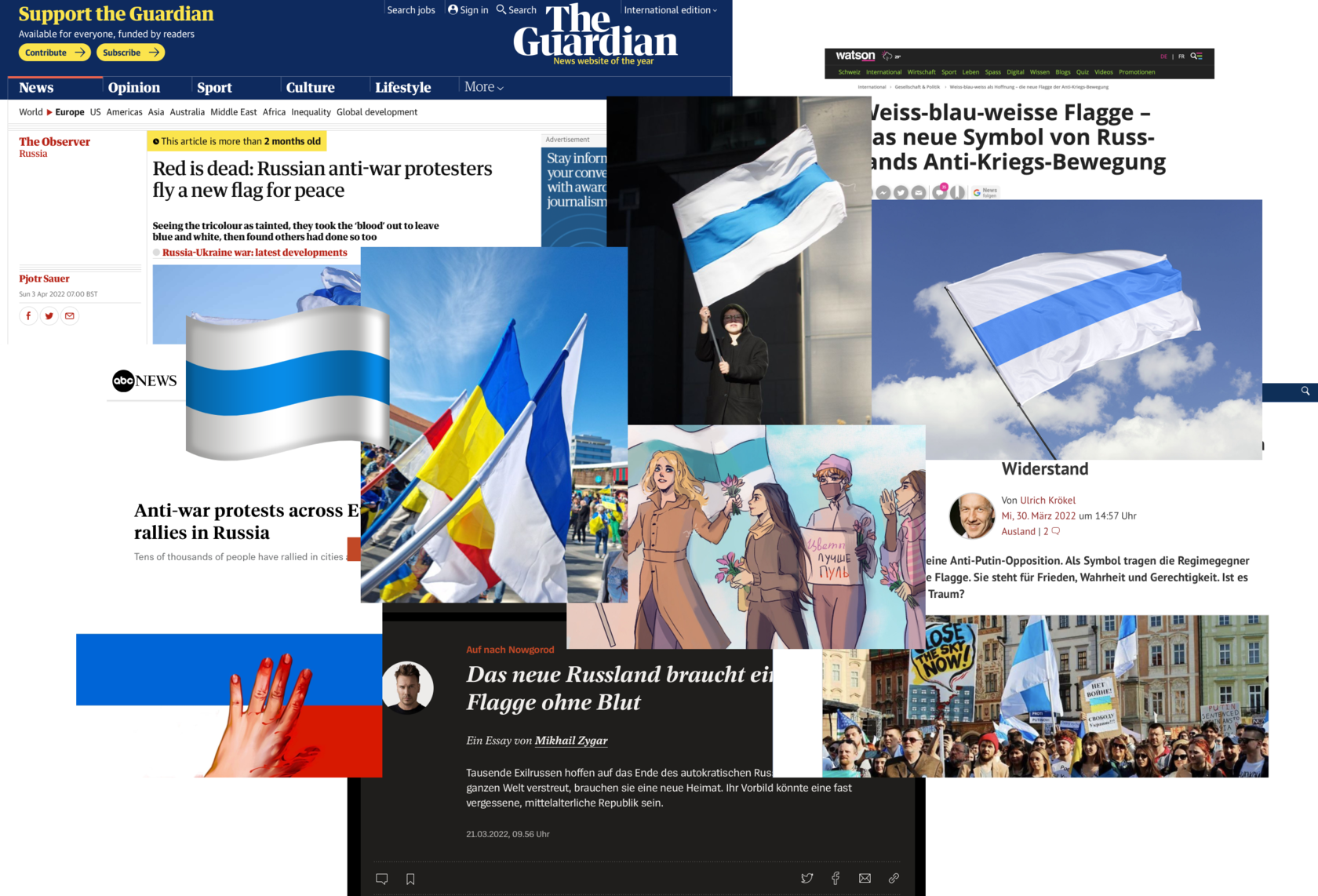